With the arrival of spring comes the start of the fundraising season at Hatchers Solicitors. Throughout 2017 the firm will take part in a host of events to help raise funds for Macmillan Cancer Support in Shropshire and Cystic Fibrosis UK.

The Shrewsbury 10k run will kick start the fundraising calendar, with six members of the Hatchers team taking part. The race takes place on Sunday 19th March, with a challenging route running through the beautiful town of Shrewsbury and its picturesque quarry. With over 1,000 participants in its first year (2016), this popular event is set to be even bigger this year, attracting runners of all levels of ability and plenty of support from spectators.

This is the first of a series of 10k runs for the Hatchers team, with further races taking place across Shropshire market towns later in the year, including the Whitchurch 10k on Sunday 9th April and Market Drayton on Sunday 7th May.

Later in the year the firm will host its annual charity quiz night, amongst many other events to be revealed. Watch this space! 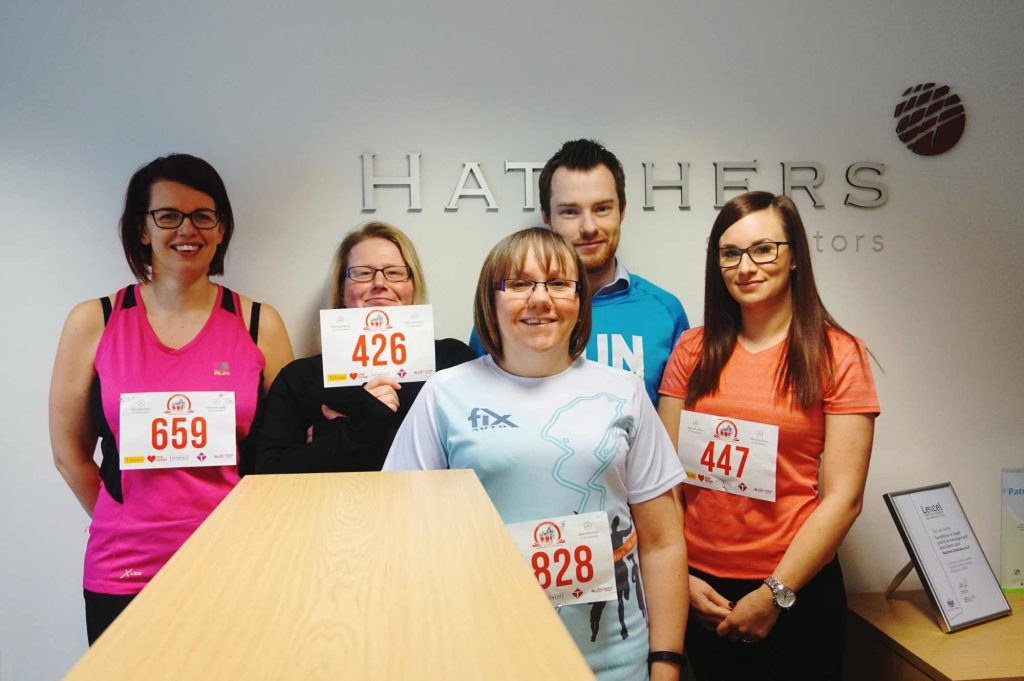