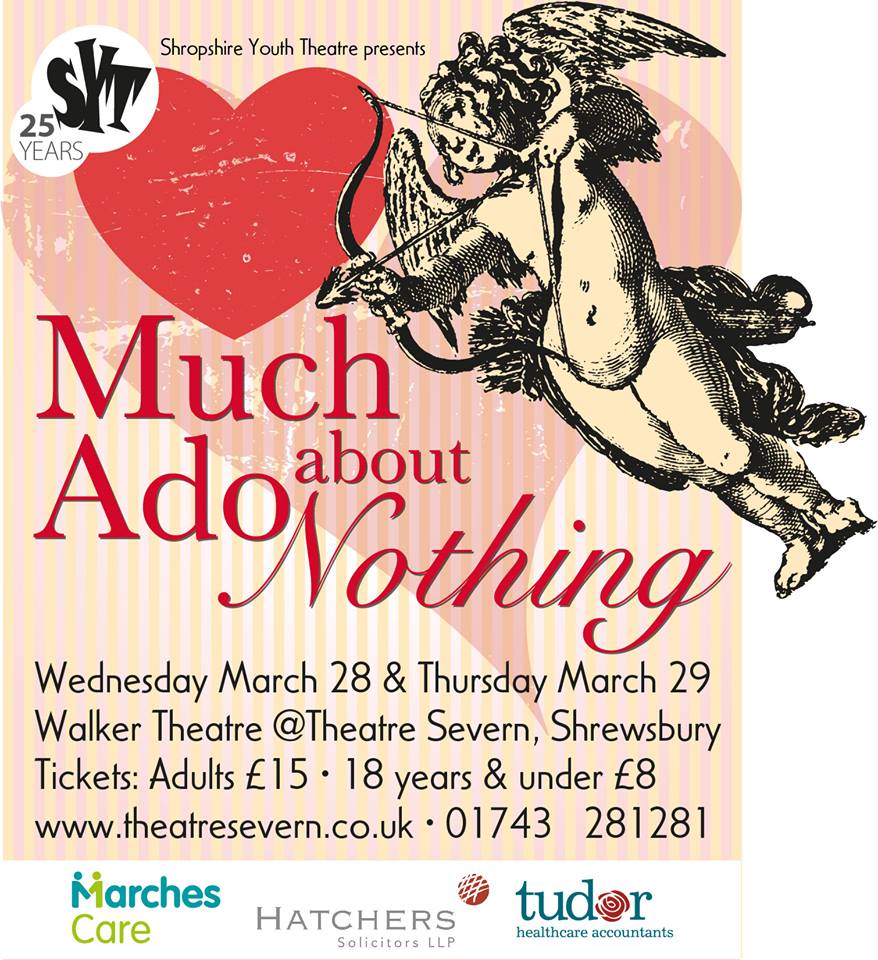 2018 is a big year for Shropshire Youth Theatre as they mark their 25th birthday. To coincide with the celebrations they will be performing “Much Ado About Nothing” at Shrewsbury’s Theatre Severn on Wednesday 28th and Thursday 29th of March. Hatchers Solicitors are delighted to announce that they will be sponsoring the production.

Shakespeare’s sparkling battle-of-the-sexes comedy is a story of trickery, treachery and, ultimately, true love. Will Benedick and Beatrice ever get together? Their ‘will-they-won’t-they’ relationship is one of Shakespeare’s funniest and most famous love stories. Performed by some of Shropshire’s finest young actors, their talent and execution of Shakespeare will astonish you.

Val Edwards, partner at Hatchers commented “We are very pleased to be sponsoring Shropshire Youth Theatre once more, especially during their anniversary year. The firm is committed to supporting arts and culture in the local area and the sponsorship forms part of this programme. We are sure that the production will be a great success and would like to say “break a leg” to all the talented young actors who will be performing.”

Tickets are selling fast but are still available from the Theatre Severn box office, details here.