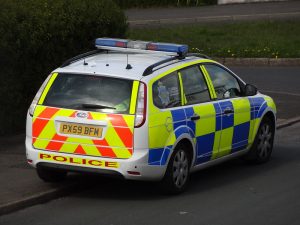 An announcement from the Department for Transport says that the government will be strengthening road traffic laws to make it illegal to use a mobile phone in most circumstances while driving. Grant Shapps, the Transport Secretary, made the announcement and said the government aimed to make it easier to prosecute those using their phone while driving due to the deaths and injuries that have occurred while phones are being used.

It is currently illegal to use a mobile phone while driving; sending a text or making/taking a call could result in prosecution. The law comes under a failure to keep proper control of a vehicle by using a hand-held mobile phone or other hand-held interactive communication device. The offence is committed when a driver holds the phone and uses it for an interactive communication function such as a text or call. The penalty for using a mobile phone in these circumstances is six penalty points and either a fine or fixed penalty.

The change follows a public consultation last year in which the government says 81% of people supported the change. The current law covers the situation where a phone or device is being used for an interactive communication function, so it would not cover, for example, taking a photo or video.

The intent behind the consultation was to broaden the offence to cover the standalone use of a phone as well as interactive communication.

The new law will make it unlawful to use a phone for standalone functions. This will include searching for music, taking photos or videos, and playing games.

In order to assist understanding of the changes, there will be alterations made to the Highway Code, and government guidance will be expanded upon.

The list of prohibited functions that will appear in the revised legislation is said to be non-exhaustive; instead, it is a comprehensive guide to the possible scope of the offence. The law will cover not just phones but all devices capable of interactive communication, whether or not that capability is enabled at the time of use.

There will be exceptions to the use of devices so that contactless payment may be used where goods are to be received immediately, such as at a drive through. The addition of the words “goods to be received immediately” means that a driver cannot simply make an internet payment at the wheel. The exception applies to contact-less payment made with a card reader while stationary, not general internet payments.

Drivers will still be able to use a device if it is hands-free; this would include using it as a sat-nav if secured in a cradle.

A driver using a device, even under an exception, should still ensure they have proper control of the vehicle; otherwise a separate offence may be committed.

Being stationary in traffic, at traffic lights or in a traffic jam still counts as driving, so the use of a device in those circumstances would still be an offence, “except in very limited circumstances”. The announcement does not set out those circumstances, but they are likely to include emergency use.

The Code will be revised to provide clarity and eliminate misunderstandings. Any proposed changes will be put before Parliament for agreement.