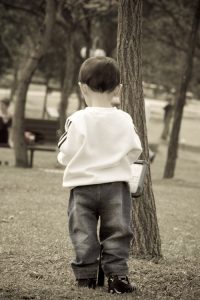 Tony Hudgell was left severely disabled after he was abused by his birth parents who were sentenced to ten years’ imprisonment. His adoptive parents, Paula and Mark Hudgell, campaigned for longer sentences for these crimes and “Tony’s law” is now to be introduced.

Under the current law, the maximum sentence for anyone causing or allowing the death of a child or vulnerable adult in their care faces a maximum of 14 years’ imprisonment.

The maximum sentence for causing or allowing serious physical harm to a child, and cruelty to a person under 16, is ten years.

How will this be done?

The amendments to deliver “Tony’s law” will be tabled to the Police, Crime, Sentencing and Courts Bill.

The government also said recently that the mandatory life sentence would be extended to anyone who kills an emergency worker whilst committing a crime. This amendment, known as “Harper’s law”, follows the case where PC Harper died when he responded to a report of a burglary. He was dragged behind a car when he ran after it in an attempt to stop offenders from taking a quad bike. He was caught in a strap used to tow the bike and was dragged down the road; he died at the scene.

A life sentence does not automatically follow a conviction for manslaughter as it does with murder, although it is an option. A whole life order is the starting point for the murder of a police officer or prison officer acting in the course of their duties.

A judge will not have to impose a life sentence if there are exceptional circumstances related to the offender or offence that would make it unjust to impose the life sentence. This is not an available option in the case of murder.

Tony’s law and Harper’s law are not actually new laws. Rather, they are an increase in the maximum sentences and do not create new offences. The amendments are being added to a bill already at an advanced stage of the process, thus reducing the amount of time for any scrutiny.

What affect will this have?

An interesting point, in the Harper case, was that the court was asked to re-assess the sentences imposed on the three offenders as the attorney general argued they were unduly lenient. The Court of Appeal did not agree with the attorney general and said, “the issues must be resolved in accordance with the law”. The defendants were convicted of manslaughter as the jury could not be sure that the driver knew he was dragging the officer behind the car. The essential issue for the Court of Appeal was whether the judge passed a sentence that was outside the range properly open to him in the circumstances and found that he did not. The Court of Appeal specifically rejected the argument that the risk posed by the driver could only be met by a life sentence.